More Covid variants are expected to arrive in the U.S., according to Michael Osterholm, President-elect Joe Biden’s Covid-19 advisor.

Osterholm said it is not certain whether the U.S. will be placed under new restrictions on a local or regional level in response to the new strain. He believes that the U.S. already has “a number of measures put in place to try to limit transmission.”

“This is a challenge and it’s one that, as we’re watching” in Europe with the new variant, has “been made only more acute by the fact that this virus now, the new strains, are transmitting even more effectively than the ones before,” Osterholm said.

The new coronavirus strain was detected in people without travel history. This is considered a sign that the variant could be infecting Americans unknowingly.

Florida health officials revealed the state’s first case of the new Covid variant. The 20-something man resides in the county just north of West Palm Beach, and he has no history of traveling, according to a Twitter post by the Florida Department of Health.

The Florida man is just one of the first infected people to have contracted the new variant, known as B.1.1.7., which first emerged in the United Kingdom.

California also spotted at least four cases of the new Covid variant in San Diego county among men without travel histories. The cases have been reported only days after Colorado health officials reported the initial cases in people who did not travel.

“I’m not surprised that you have a case, and likely more cases, in California,” White House coronavirus advisor Dr. Anthony Fauci told Gov. Gavin Newsom. “We likely will be seeing reports from other states.”

According to U.S. health officials, the strain’s arrival in the country did not surprise them. However, the new variant could make the situation of the country worse if it went unchecked.

On a conference call, the U.S. Centers for Disease Control and Prevention officials said data suggests that the new strain transmits more easily and faster compared with other versions of the virus. However, it would not lead to more severe disease in people who are infected and the existing Covid vaccines could still fight it, the institution said.

Experts still warned that the new variant threatens could worsen things if more people are hospitalized as a result of its spread.

Data from Johns Hopkins University showed that the U.S. posted more than 6.3 million new cases and more than 77,500 deaths during December.

Approaching 2021, more than 125,000 people are in the hospital due to Covid-19, which is more than double the highs recorded in mid-April last year, based on the data from the COVID Tracking Project.

Mercedes Carnethon, vice-chair of preventive medicine at Northwestern University, told MSNBC that the initial cases of the new strain have been detected in the country’s most populated states during a holiday travel season.

“We can be sure based on the photographs that we all saw from TSA checkpoints over the holidays that millions of people traveled among these destinations,” Carnethon said. “We can be fairly confident this variant is now everywhere.” 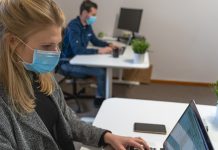 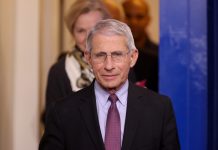 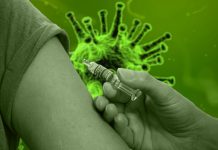 Study shows UK Covid-19 variant spreading fast in the US 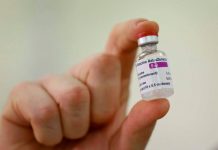